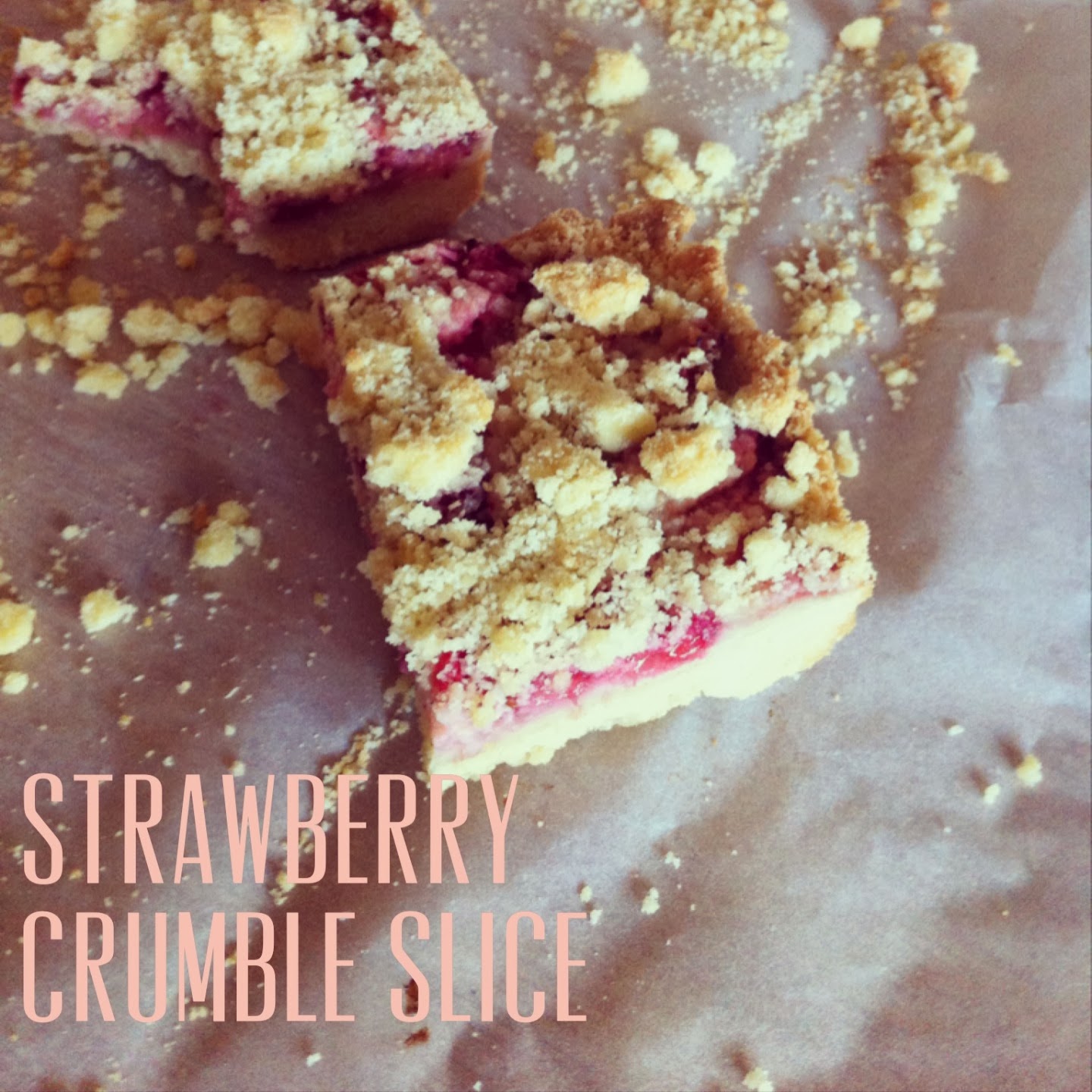 Ever since I told my work colleagues about my Stall at the Fremantle Markets, some of them have been begging me to bring in some slices and treats for them to “test”. They say that I need people to quality control before I sell them to the general public!!

I stumbled across this recipe for Raspberry Walnut Crumble Bars by Natasha at Butter Baking and thought they would be perfect for a morning tea treat for work.
I had a freezer full of strawberries and a cupboard full of almonds (after my multiple attempts at macarons!) so substituted the walnuts for almonds and the raspberries for strawberries.
It’s always good when the CEO runs back to your office asking for more slice!
Here’s how you can make it.
You will need:
150 Grams Butter, Softened
2/3 Cup Icing Sugar
1 ¾ Cup Plain Flour
½ Cup Ground Almonds
½ Tsp Ground Cinnamon
Pinch of Salt
300 Grams frozen strawberries, sliced
Method
Preheat the oven to 180 degrees celsius and line a 9×13 inch pan with baking paper.
Using an electric mixer, beat the butter and icing sugar until light and fluffy.
Add in the flour, almonds, cinnamon and salt and beat on a low speed until a crumbly dough forms.
Reserve 1 cup of the crumble mixture for the topping. (If I was to do this again, I would only reserve ½ cup of the topping).
Press the remaining dough into the base and a little bit up the sides of the prepare pan.
Top with the frozen strawberries and sprinkle with the reserved crumble.
Bake for 40 minutes, until golden.
Allow to cool completely before cutting.